This is the second blog post of Meredith Rose’s series on copyright and cosplay. You can read the first post here. Ask her your questions about fandom and the law at publicknowledge.org/AskALegalNerd.

Cosplay encompasses a lot of elements beyond the clothing covering your body. Armor, decorative flourishes, and props all fall under a different (and, mercifully, clearer) legal regime than clothing.

First, a disclaimer. I am (still) not your lawyer, and nothing in here is legal advice. The only reason I want to see your work-in-progress cosplay is because it is awesome, not to render a legal opinion on its status under copyright law.

Second, let’s remember that cosplay isn’t going to be toppled tomorrow at the whims of an angry studio. The feds are not going to kick in your garage door to try and catch you in the act of sanding down your latest PVC Pip Boy casting. This series of blog posts is an exercise to try and suss out what courts might say, if confronted with a copyright lawsuit over cosplay. With luck (and good judgment), that day is still a long, long time coming.

With that out of the way, let’s move on to the nitty-gritty.

As we’ve discussed before, copyright law is based on the idea that there are two kinds of items: expressive and functional. Copyright is designed to protect artistic expression, or those elements that reflect a degree of creativity. Functional elements, on the other hand, are utilitarian; they exist to do a job, and don’t get copyright protection as a result. Most objects are, to some extent, a mix of functional and expressive elements, and courts have tied themselves in knots trying to design a test that will perfectly separate out those two categories.

Functional aspects of a work (or, in this case, prop) aren’t protected by copyright, and you can copy those without issue. Expressive aspects, however, may be protectable by copyright law, and need to be examined more closely.

Does your source prop exist somewhere in real life?

The very first question you need to ask is whether or not what you’re copying is a real-life object. Does this item exist, even as a dummy prop on a soundstage somewhere? The answer to that question determines which path copyright law will start down when analyzing a replica prop.

What’s the legal status of a real-life replica of an imaginary (animated or 3D-modeled) item? There is, for once, an actual answer to this! These are considered derivative works of the original. We know this because someone (namely, artist Jeff Koons) did essentially what prop-makers all over fandom do; he took a photograph and turned it into a statue. In doing so, the court ruled that he’d created an unauthorized, infringing derivative work of the original. (They also ruled against his fair use claim, which, to be fair, seems like it wasn’t well thought out.)

The court did note, however, that because Koons (or, in this case, the fan making the replica) had to exercise some artistic judgment to “translate” the photograph to 3D — deciding dimensions, layout of elements that aren’t visible in the original, material — there was a degree of artistic expression involved. That’s an important admission, even if it’s not a slam dunk.

You’re replicating something that does exist in meatspace

Buckle in, because this is where it gets a little complicated.

Remember that functional/expressive divide? This becomes pretty important when discussing props. Some iconic items, like Titanic’s Heart of the Ocean necklace, are purely decorative. On the other hand, many also have a functional aspect; Lucille kills zombies, and those Blade Runner LED umbrellas are actually pretty handy on a rainy night. But overall, most props that are begging for the DIY treatment are going to be shaped by strong design choices, meaning that it’s possible — though not certain — that a replica will require reproducing expressive elements. (If you really want to go down the rabbit hole, it’s also worth noting that the prop itself may not be functional; after all, Peter Jackson probably wasn’t handing Elijah Wood a sharpened, combat-ready Sting. Think of the insurance!)

So, props contain at least some (and maybe many) expressive elements. How does the law think about those elements, and the act of copying them? Well, if it’s two-dimensional prints you’re thinking about (such as the illustration on Takeshi Kovacs’ pink “Hello Unicorn!” murder backpack), those are “pictoral works” that are entitled to pretty straightforward copyright protection, the same as photos or paintings. Reproducing those faithfully is technically an infringing reproduction. (Sorry.)

When it comes to non-functional three-dimensional items, the law takes a different tack. These objects are considered “sculptural works” — which seems odd, until you realize that the law treats a lot of things this way, including dolls, mazes, trophies, and even “light ensembles.” This means that any artistic flourishes on a prop are equally protected under the law, whether it’s the Iron Throne or a Deathly Hallows necklace. 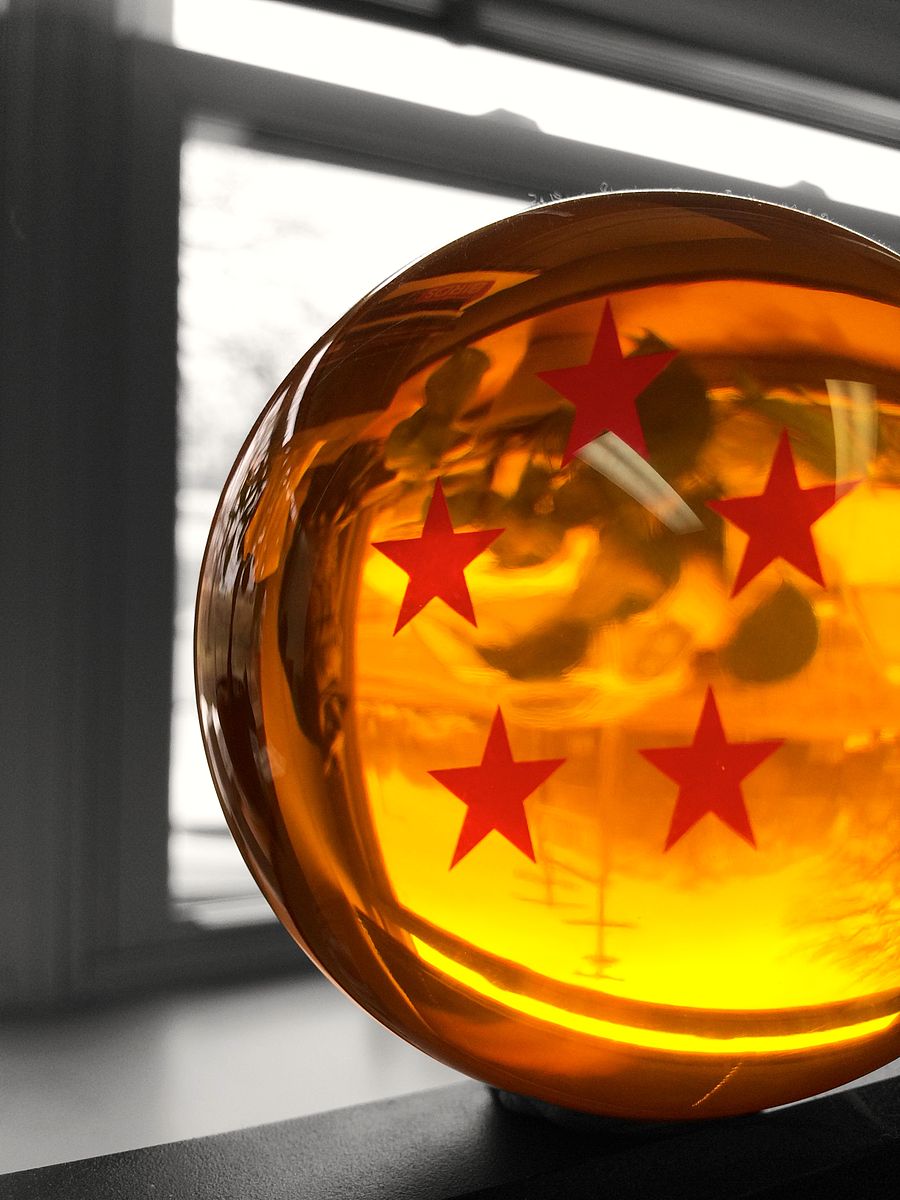 Given the rate at which main characters die, it's questionable that these are even useful in-universe.

On one hand, you can now tell your friends that, legally speaking, your cosplay accessories are works of art. On the other hand, copyright law grants rightsholders the exclusive right to “reproduce the [sculptural work] in or on any kind of article, whether useful or otherwise.” Reproducing the prop without prior permission, under current law, looks a lot like infringement. (Sorry again.)

Polishing Up on Armor

Why do we lump together armor and props? As we talked about at length before, clothing is traditionally treated as a functional item that is not protectable under copyright law. We wear clothing to protect our bodies from the elements, and although some decorative flourishes such as fabric prints are separately protectable as “pictoral works,” the actual cut and composition of clothing is not. (The reality of fashion, expression, and artistic speech is much more complicated than just “covering up,” but courts have gone out of their way — occasionally far, far out of their way — to treat clothing as a functional item.) Because of this, many aspects of clothing design can be freely copied without implicating copyright issues.

Unless you’re a hardcore reenactor, however, costume armor won’t actually protect you from much of anything. As far as the law is concerned, Imperial Stormtrooper armor is a literal work of art, and reproducing it is no different than casting your own Fearless Girl. Much like with non-functional props, this looks a lot like infringement (Are you sick of me saying “sorry” yet?)

It doesn't even protect you from blaster fire, and that's in canon.

But is it a fair use?

Asking this question is scientifically proven to be the fastest way to give a copyright lawyer a headache. As with cosplay, the best answer here is a resounding (if unsatisfying) “definitely, maybe.”

Some guns are so iconic that they’re undoubtedly protectable under copyright law. However, prop guns are also subject to federal regulations governing their appearance.

Regulations issued by the Department of Commerce require that prop guns “manufactured” in the U.S. to be neon-colored, have a bright orange tip, or be completely clear. (Replicas of firearms that were in use prior to 1898 get a pass, under the rationale that not many people are going to suspect that blunderbuss on your arm is real.)

There are a couple of hazy points here. First, the regulations don’t define what constitutes “manufacturing,” and whether one guy casting his own PVC in his garage would qualify. Second, many prop guns don’t actually look like real guns. The whole point of the “Noisy Cricket” from Men in Black is that it’s small and unthreatening; similarly, almost no one is going to look at retro laser gun from Rick and Morty and mistake it for a handgun. On the other hand, even though no one’s toting around a real life chainsaw gun, the Nerf corporation has opted to err on the side of neon-colored caution.

In short, it’s safe to say that most of those prop firearms are going to have to get some kind of special color scheme to be “street legal.”

So… what does this all mean?

When copyright law looks at props, cosplay armor, and accessories, it sees sculptures. This means that this aspect of cosplay comes with all kinds of attendant complexities about reproducing, transforming, and recasting the source material. On the other hand, it does validate one thing: cosplay is, at its heart, an art form quite like any other.

As Policy Counsel, Meredith Rose focuses on copyright, DMCA, intellectual property reform, and governance issues, as well as telecommunications regulatory matters. Prior to working at Public Knowledge, Meredith worked on consumer policy issues at the Federal Communications Commission, the Trans-Atlantic Consumer Dialogue, and Knowledge Ecology International. Meredith received her J.D. and A.B. from the University of Chicago. When not in the office, she’s an avid video gamer and desert hiker.